Preparing for Our Planetary Re-Birth

We are living in the historic timeframe of the end of the Mayan Calendar. A 26,000-year cycle is ending, as well as the Long Count of roughly 5200 years. So far, it looks like a chaotic, negative, polarized mess down here! What is going on with this predicted Shift of the Ages as we count down to December 21, 2012?

The authentic Mayan message is a wake-up call to shift humanity into a higher consciousness of Oneness on our planet. So, how will we make the predicted and necessary planetary rite of passage, from the love of power to the power of Love? How will humanity shift into a transformed consciousness of unity, to create a greater-good world that sustains a harmonious quality of life for all?

I hear concerned and conscious people asking these questions with a sense of urgency. And rightly so.

I am moved and thrilled to share with you my personal, intimate and surprising answer to these questions in my newly published book,  The Seer and The Sayer: Revelations of the New Earth. My true story, documented over two years’ time, guides us into the landscape of a transformed post-2012 New Earth. Read my story, and share these miraculous revelations of the New Earth with me.

Choosing to be Part of the Miracle

I invite you to journey with me hand-in-hand, into this transformed future.

And I want to tell you, the experiences of Oneness in this New Earth are profound. The glimpses and outright revelations of the New Earth that were shown to me, to Grandmother Dona, and to other co-journeyers in the story, make it completely clear that  all levels of Creation are aware, and are participating in this Shift of the Ages with us. What do I mean by this?

In one extraordinary experience after another we were shown that the animals, the insects, the birds, the waters, clouds, stones, stars, the Nature spirits, the Ancestors—they are all assisting in this momentous transformation with us. We were shown that a loving Intelligence is expressing through Nature– through Gaia Mother Earth– inviting you and me into an intimate relationship to co-create together, with Life. Would you like to be part of that miracle? How is that possible?

Well, here is how it happened for me:

Out of deep concern for the future of the Earth and humanity, I offered myself in service, to be a mouthpiece for Mother Earth. That is when amazing things started happening. Grandmother Flordemayo (the Mayan Grandmother of the International Council of 13 Indigenous Grandmothers) contacted me to introduce me to Mohawk Grandmother Dona, who is connected to the ancient sacred site of the Serpent Mound in Ohio Our adventure together began.

Grandmother Dona and I began our adventure at Ohio’s ancient Serpent Mound and in Western Pennsylvania, following the “trail of guidance” to become Sacred Seers and Sacred Sayers on behalf of this arriving New Earth. We became the witnessing eyes and the mouthpiece for the transformed future. As we journeyed, nine other Pittsburghers became a part of our story. And so did Mayan Grandmother Flordemayo and the world’s leading researcher on the Serpent Mound, Ross Hamilton.

I soon realized that Gaia Mother Earth had taken me up on my offer to serve as her mouthpiece. Gaia quite literally began using my voice as “The Sayer” in a surprising shamanic process at the Serpent Mound. I also received five song downloads from animals and Nature Spirits…songs that all vividly describe the New Earth consciousness of Oneness, of humanity’s “Indigenous Soul, Original, Whole, seeing with Sacred Eyes.”

These five songs describe a humanity whose heart is open and receptive. “The magic of the Earth—She will dream through us/Our hearts so open Love will stream through us” A loving Intelligence speaking through Nature invites us: “Come weave a web with me—Beauty for all to see…All Life expressing unity… Weaving a New Earth Dream.” These are some of the lines from songs downloaded to me, astonishing me, since I am neither a songwriter nor a singer.

The ongoing revelations from Gaia Mother Earth that we witness, and the reconstructed visions from Ross Hamilton’s research of the reclaimed “medicine days” of the Serpent Mound become inspiring and compelling glimpses into our next Golden Age on Earth. And the invitation becomes irresistible to co-create with this loving Intelligence within Creation, expressing through Nature– through our Mother Earth—to write the next story of Creation together.

So, just as Grandmother Dona and I were guided to become Sacred Seers and Sacred Sayers, witnessing and calling forth the transformed New Earth, so can you. It turns out that we need a massive planetary army of Sacred Seers and Sacred Sayers—also called “Rainbow Warriors,” as one of the Indigenous prophecies has foretold. And we are now quite familiar with another compelling prophecy: We are the ones we have been waiting for. And we need to make it GOOD, Honey!

Which Experience Would You Rather Have?

Quantum physics has demonstrated that the outcome of any experiment is influenced by what the researcher is looking for. Well, humanity’s experiment is Life. We are influencing the outcome. Are we looking at our future with eyes of fear? Of hate? Of cynicism?

Most of the world longs for a better future, and many feel hopeless about how to make a difference.  The Seer and The Sayer reveals an extraordinary transformed version of what that future holds, and how each individual can participate in bringing it forward.

In a world wildly out of balance where alienation and disconnection are prevalent experiences,  The Seer and The Sayer provides a personalized rite of passage into a New Earth, where the prevailing experience is belonging, feeling in love with all of life, and participating as conscious co-creators with a loving aware Universe.

Which experience would you rather have?

Let’s Co-create this New Earth of Oneness Together.

The Seer and The Sayer: Revelations of the New Earth is available in paperback, hardback and e-book formats through my website, www.WholePersonWholePlanet.com. You can also get it through the publisher, Balboa Press, through  Amazon.com, and through your favorite booksellers.

I welcome your feedback, of what my story opens up for you. I appreciate your support, through book reviews posted to  Amazon.com and my Balboa Press website ( www.VictoriaHanchin.net) for  The Seer and The Sayer.

Also, I am available for book signing events, speaking engagements and discussions. I am confirming plans to speak about my book at Journeys of Life bookstore in Shadyside on November 9th and at the Theosophical Society at Chatham College, November 11, on “Living in the Oneness of a Post-2012 New Earth.” The public is invited to both events. I will send out details of these speaking dates in my next newsletter. I hope to see you there. For more information contact me at  vikki@WholePersonWholePlanet.com.

Now is the time.

Let’s co-create this New Earth of Oneness together.

We need to make it GOOD, Honey!

In Unity, Peace and Joy

In her role as a word-smith and bridge-builder, Vikki writes integrative articles that find a common language connecting ancient spiritual wisdom with modern science and understanding. She has researched the fields of conscious human evolution, quantum physics and human consciousness, positive psychology, and ancient spiritual/wisdom traditions, and discovered that they are all saying the same thing: we are at the transformation point in human consciousness on the planet now.  Her intent is to assist the great awakening of our time through expanding our understanding of what it means to be fully human, and through reclaiming the feminine, right-brain aspects of consciousness and life values.

Her philosophy is that as each individual heals, that healing is added to the collective healing on the planet. She believes that it is critical at this time on Earth that each person do their part to heal, to awaken to their magnificence, and to contribute to the greater good.

Vikki lives in Pittsburgh, offering wholistic psychotherapy in her private practice for over 25 years, and raising her two sons here. She has become quite a fan of Pittsburgh and its sacred geography of the converging three rivers and the fourth underground river, which her research revealed are connected to the ancient Mayan 2012 prophetic teachings. 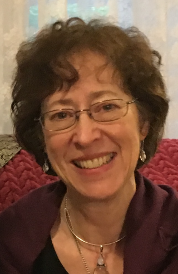